Your shopping cart is empty.

The oldest board game of the world, Go game set + Go course for beginners 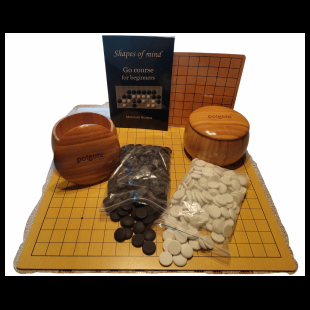 Did you know that prior to 2015 computers have always been losing to the top Go players?
Only in 2016 the artificial intellingence AlphaGo, created by Google, first time in history won against the World Champion. 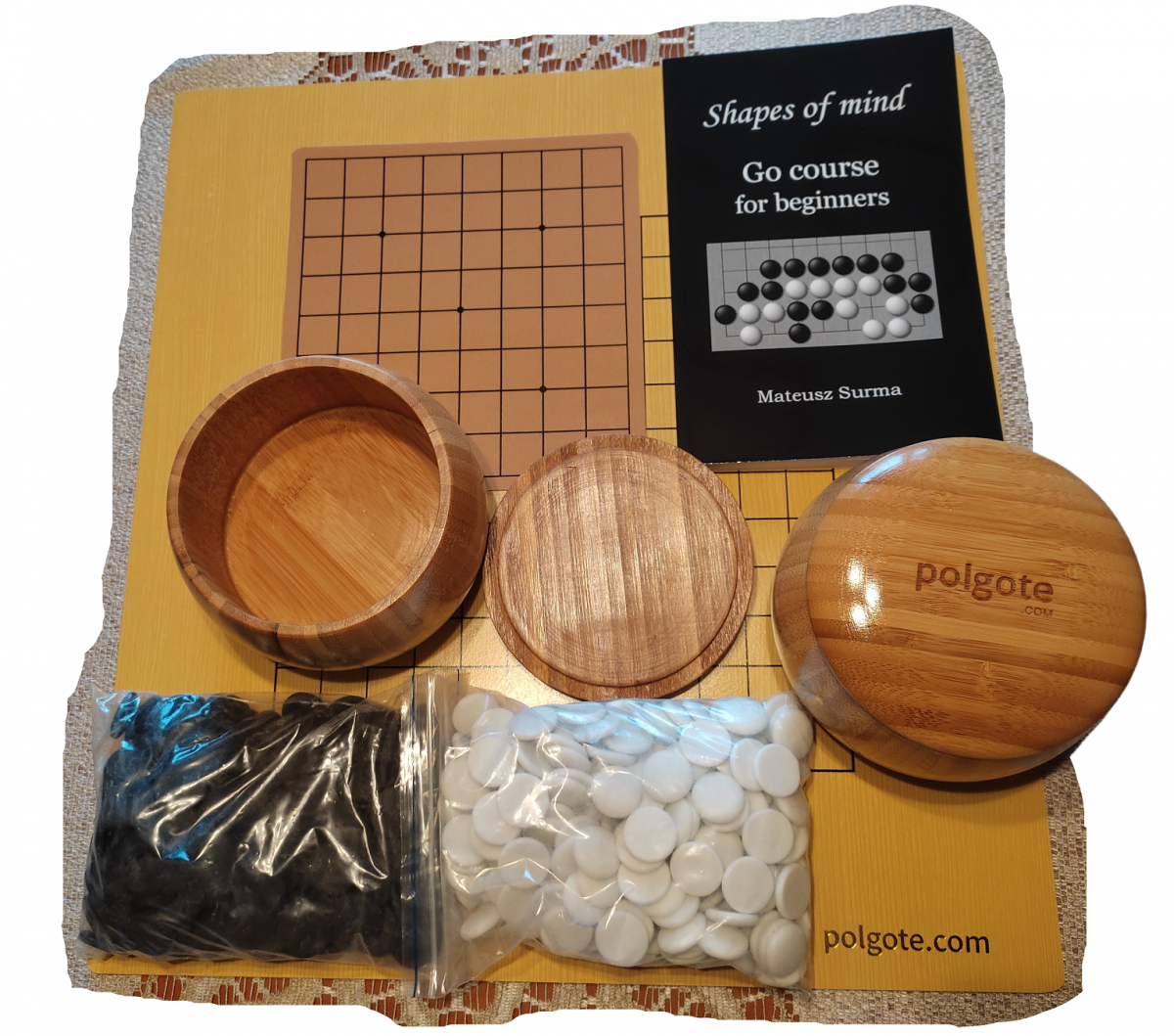 The game of Go is the oldest board game of the world, originating from Asia.
Go is a very popular game in China, Korea and Japan, where you can meet people playing Go on the streets, in parks, at the bus stops. 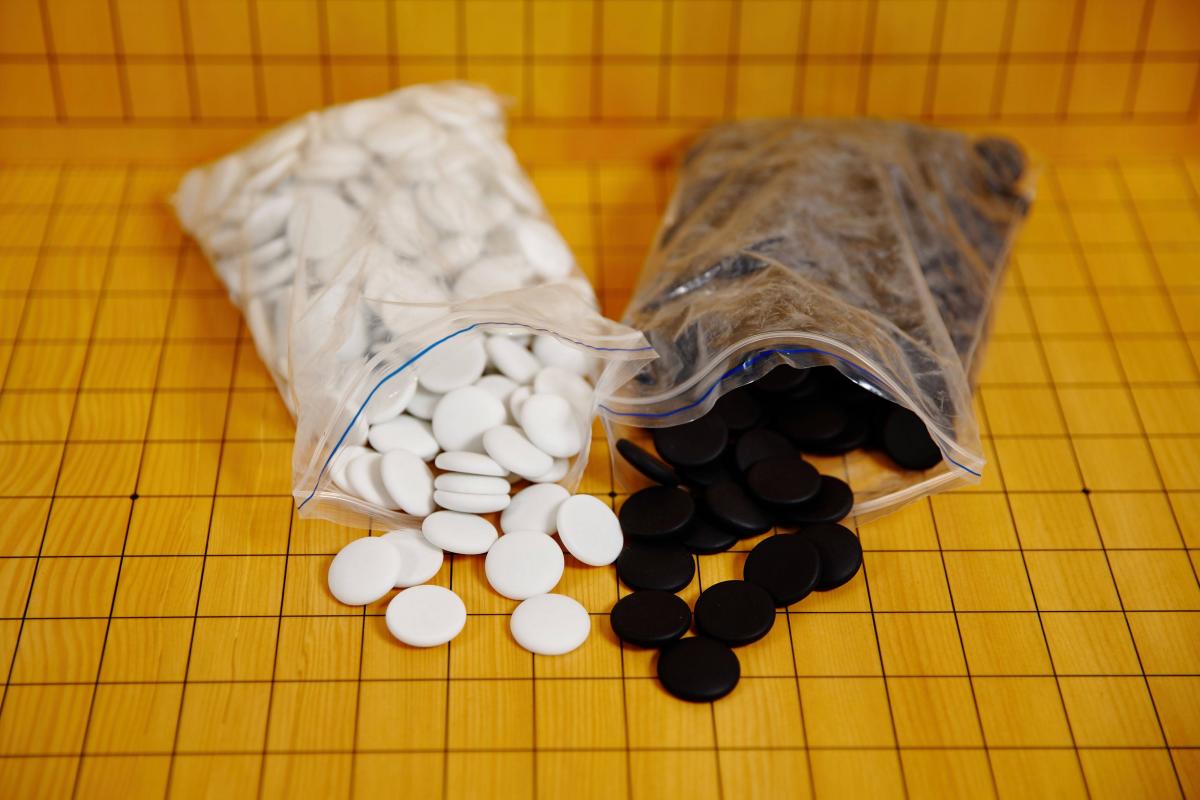 Go is a strategical game.
The winner is the player who surrounds more empty intersections than the opponent. 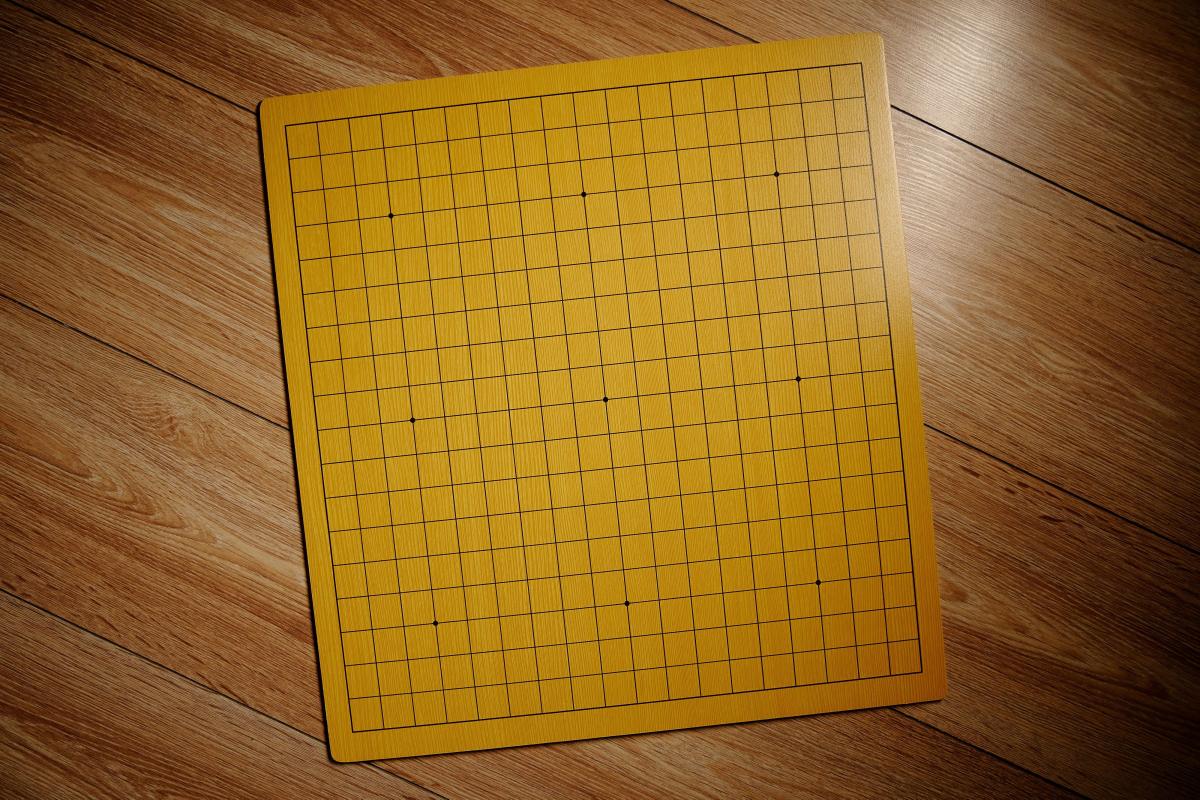 Go match is usually played by two players. However, there is a possibility to play a match by a bigger number of players (variant: Pair Go or Rengo). 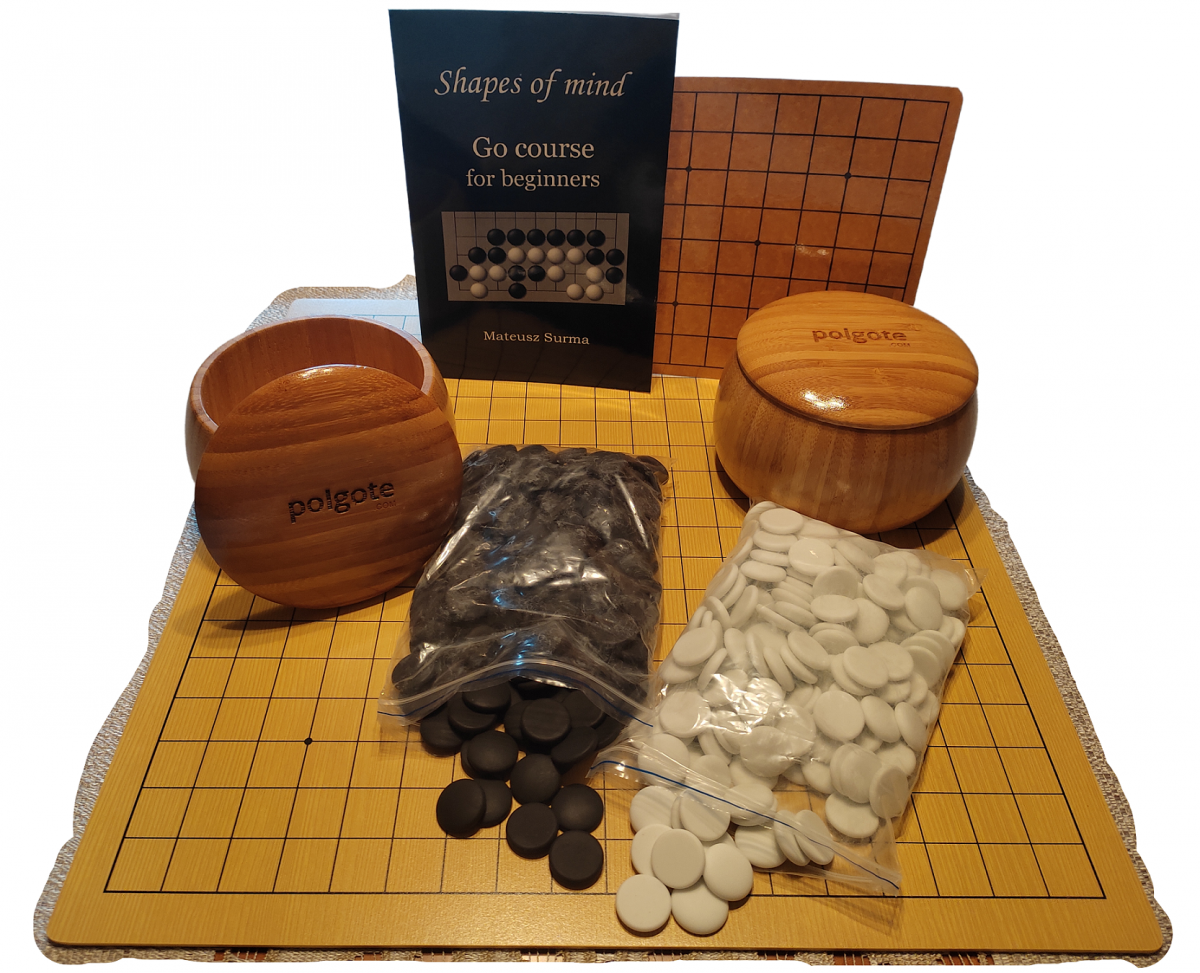 The set consists of all elements needed to learn Go by a person who have never played this game yet:
- 13x13 board (on one side) and 19x19 board (on the other side), made from the medium-density fibreboard (so-called MDF), dimensions: 47cm x 44cm x 0,3cm (18.5 inch x 17.3 inch x 0.1 inch)
- 9x9 board, made from paper and covered with a stiffening laminate
- 361 ceramic stones, single convex (181 black stones and 180 white stones)
- two containers for stones, made from bamboo
- book "Shapes of mind. Go Course for Beginners.", written by a professional Go player from Poland - Mateusz Surma. The book leads the reader step-by-step from the rules on the 9x9 board, through the problems on the 13x13 board, to the openings on the 19x19 board 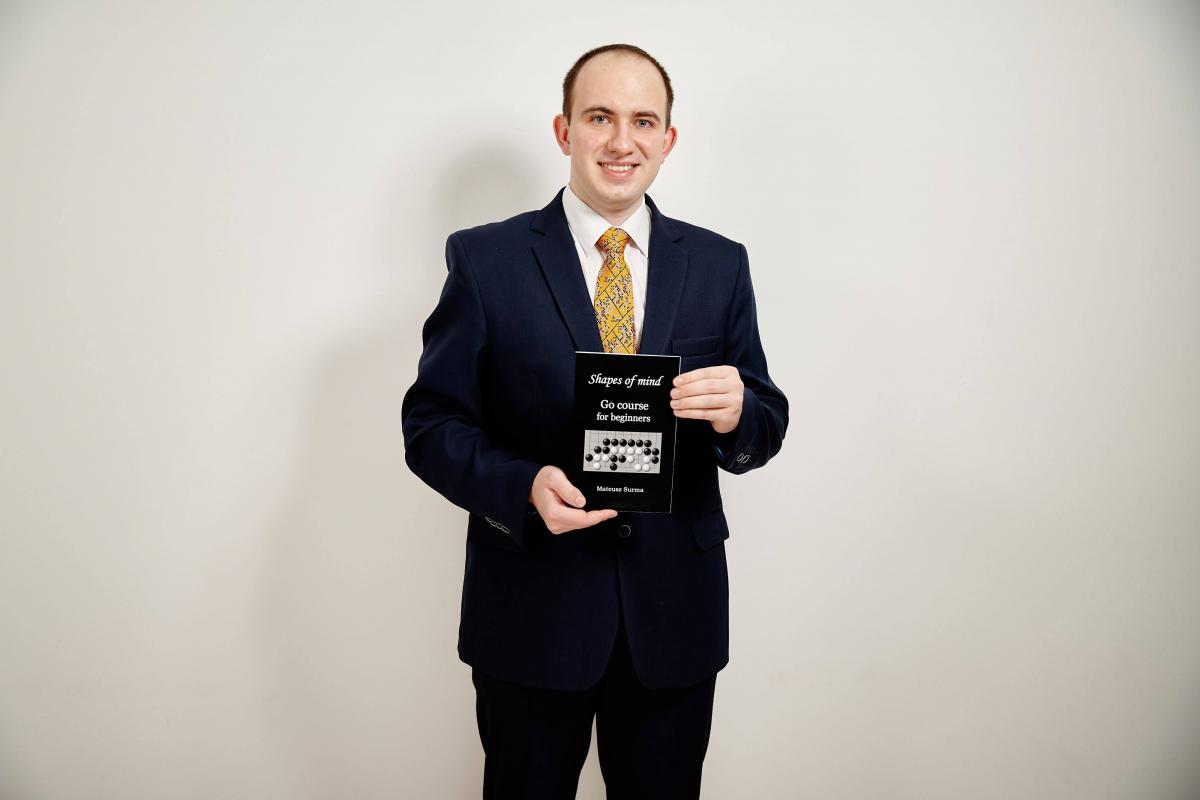 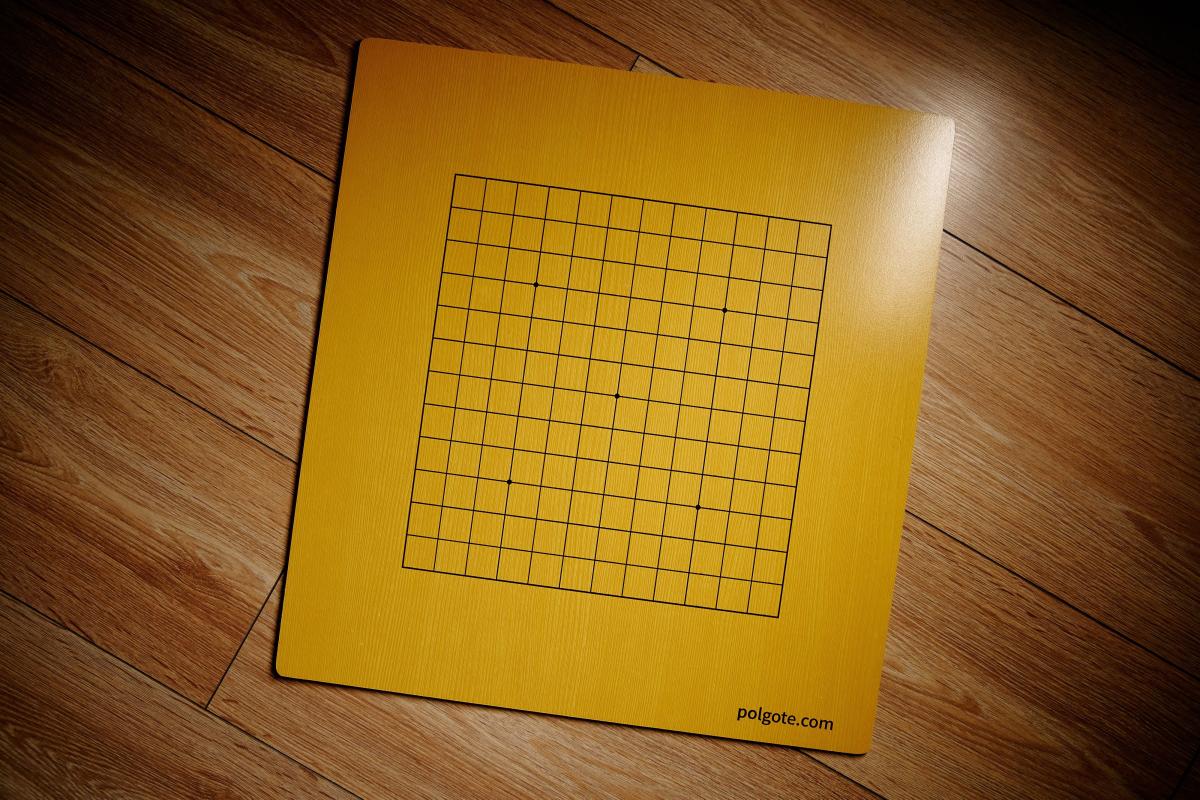 VAT is included in prices (5% for books and 23% for other articles).
Check the cost of delivery.