Bent Four in the Corner (Go game) - the Imitation of Seki 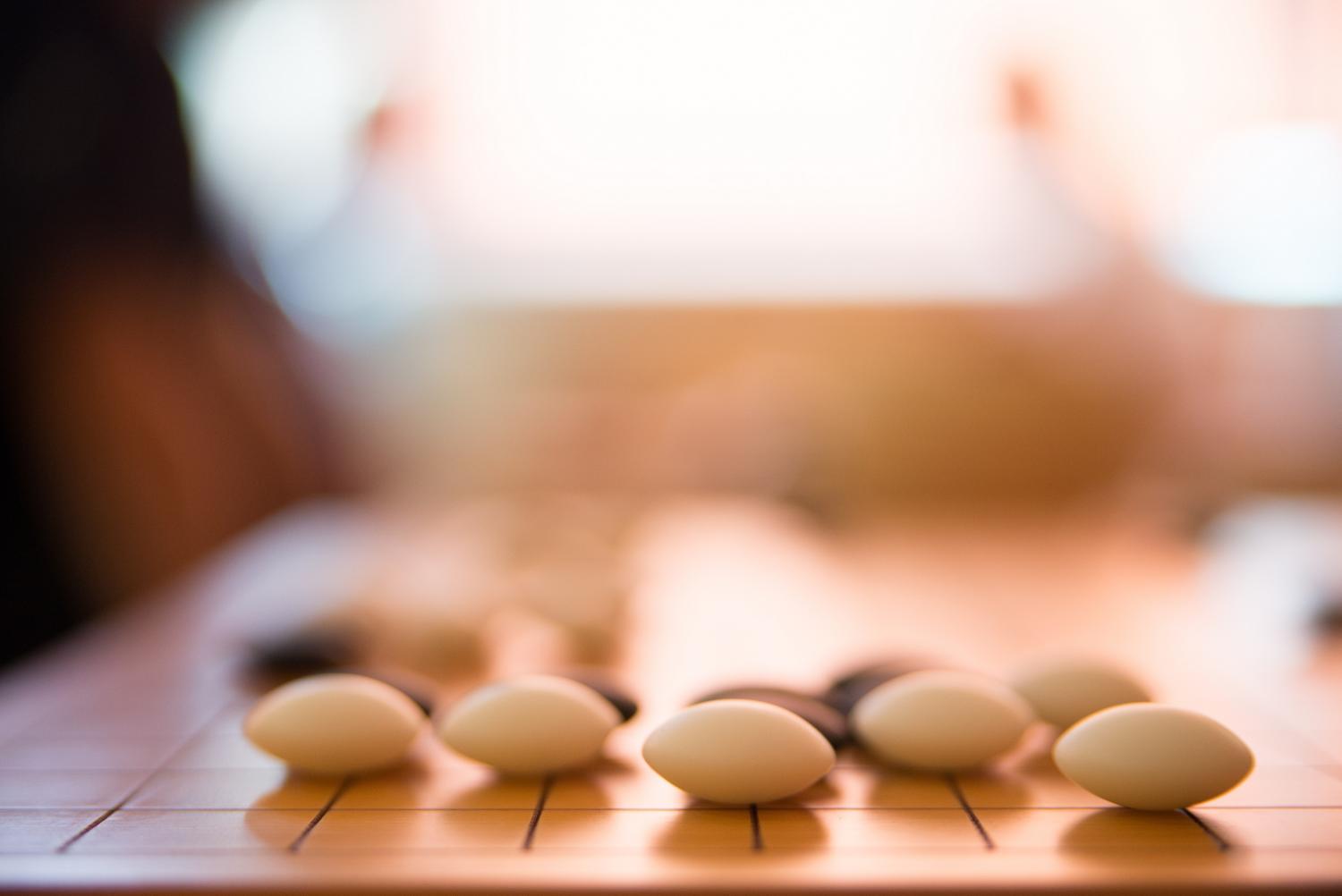 There exists one very special (and rare) situation in the board game Go called a bent four in the corner. It looks very similar to seki but in fact it's much more complicated. 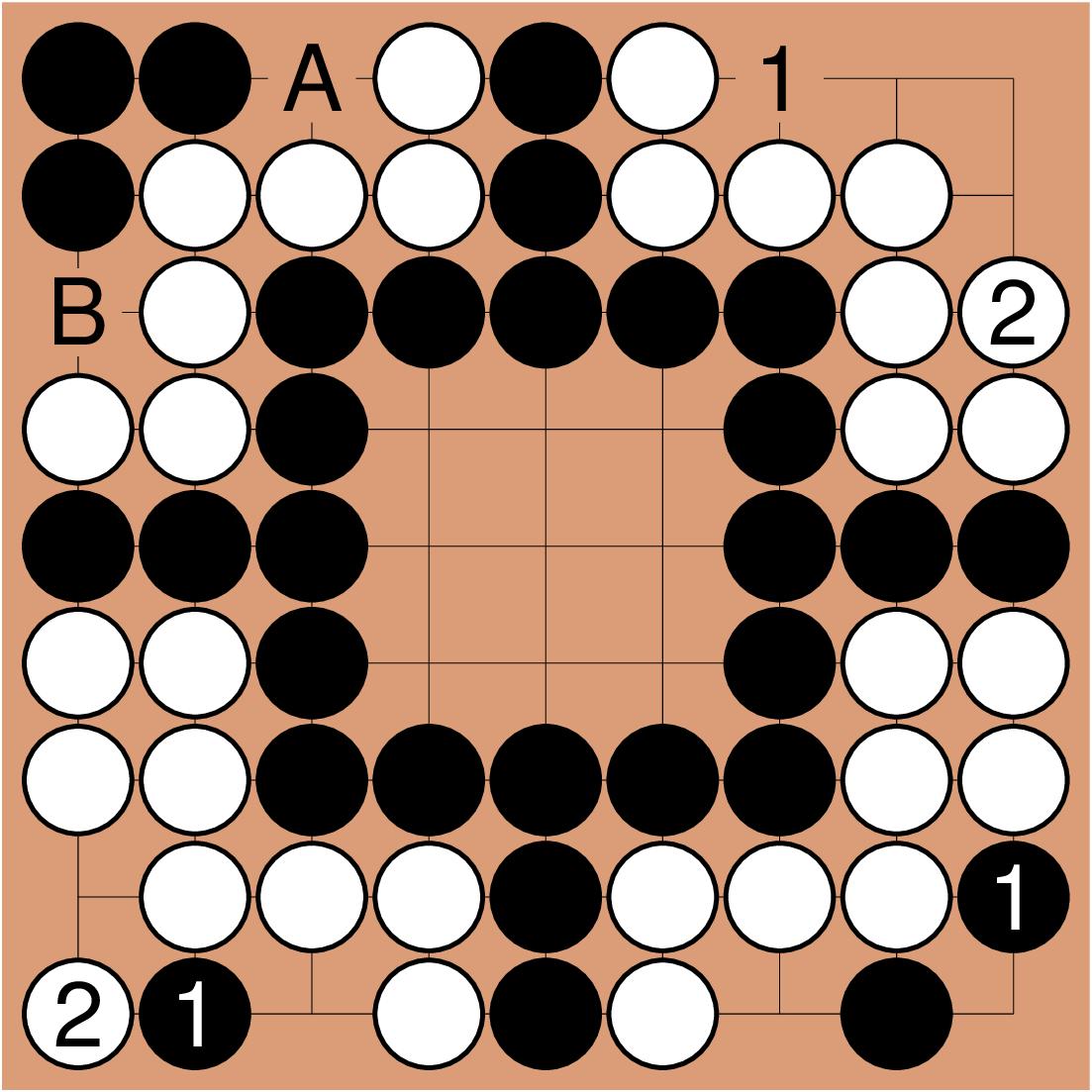 After Black plays at A and White answers at B, the situation will look like in the upper right corner. White surrounds four intersections (bent four in the corner). At first it might look like Black cannot stop White from making two eyes. However, Black can play the move shown in the bottom left diagram. White will try to split their area into two and answer at 2. However, it is a self-atari. Black can capture the stone of White. The final position will look like in the bottom right corner. It's a ko for White's life.

What is the status of White's group then? We already know that if White takes one of the shared liberties, White will die. If instead Black takes one of these liberties, the situation will lead to a ko for the life of White's group. The interesting thing is that Black can wait with starting this combination (that leads to a ko) as long as they want. What does it mean in practice?

Differences of the bent four in Japanese and Chinese Go rules

You might remember from the article Go rules - Japanese vs Chinese that in Chinese rules it's not a loss to play within your area. If at the end of the game there are any weak points in Black's area, Black can protect all of them and then start the combination leading to a bent four in the corner and eventually - to White's death. The Japanese rules solve the situation of White's group differently. They don't require a player to play within their area. It would be a loss of points. Japanese rules decided to treat the situations which can lead to a bent four in the corner in a uniform way and call all such groups dead.

There is one interesting caveat to the situation of White's group under Chinese rules. Usually the group should be dead at the end of the game. However, sometimes in Go it might happen that there is an unremovable ko threat on a board. Such a ko threat might be caused by... a seki! 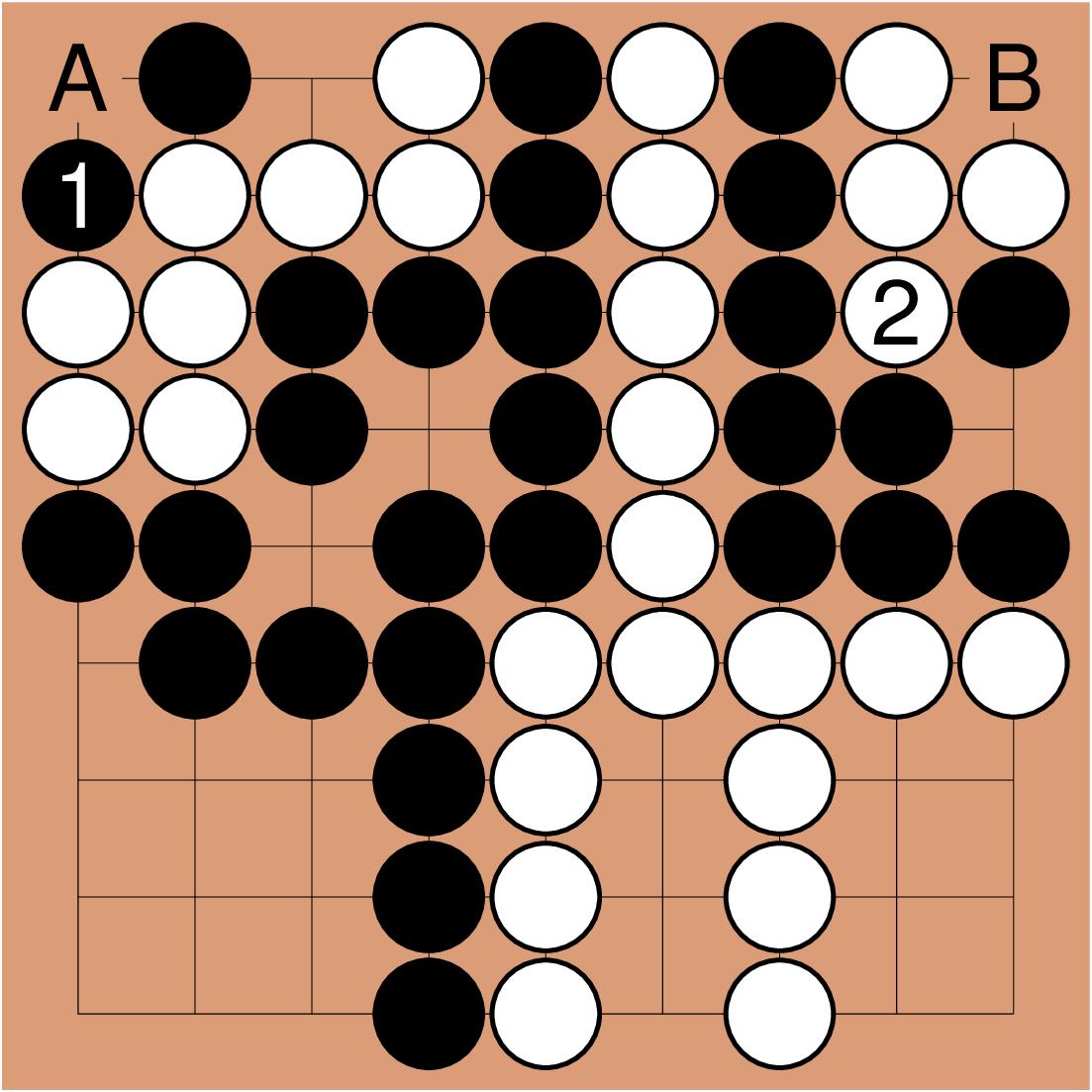 If in one part of the board there is a group which can be killed by a bent four in the corner and in the other part there is a seki, the players need to make calculations what is bigger. Maybe in the end of the game one of the players will start the ko in the bent four in the corner and the other one will take a shared liberty in the seki. This way they would sacrifice the life of the group in the seki for the life of the bent four group!