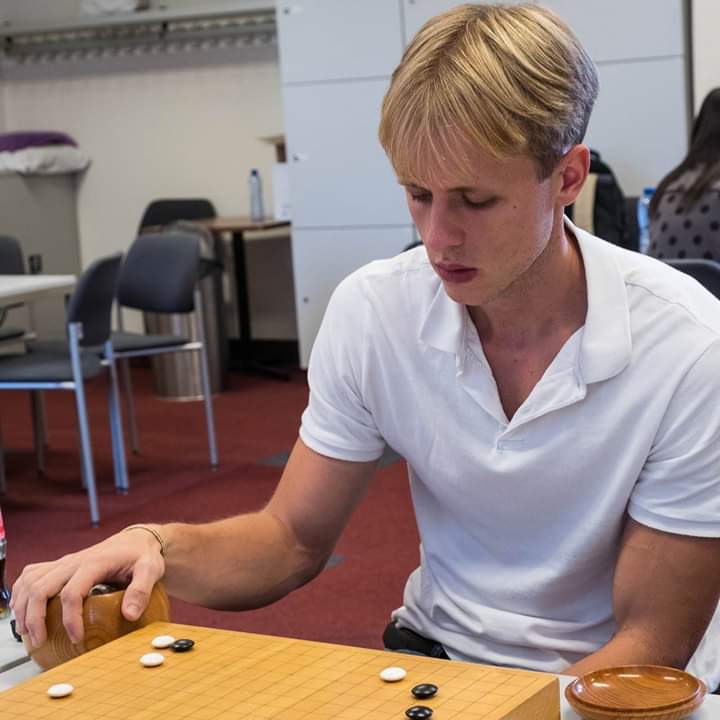 Career and achievements as a player:
Hello, my name is Péter Markó, 5dan EGF player from Hungary.
I started to play Go in 2006, relatively late when I was 16 already.
I did not improve as fast as some other teachers here. It took me 3 years to reach 1 dan and another almost 10 years to reach my current rank. However, during this time I managed to beat many stronger players and could win the European Student Championship 3 times (2013-2015-2016).
Being the "dark horse" is my speciality.
After I reached the 1dan level I started to teach some of my club mates and teaching became my other passion.
Luckily I had many great teachers (some of the best European players) and I try to share the knowledge what I gained from them with as many people as I can!

Career and achievements as a trainer:
Since 2009 I teach in Budapest biggest Go club every Friday.

I give lectures and private lessons as well besides making videos which you can find here: https://www.youtube.com/channel/UCrv_ohDLhswpU41NbkddoyA
Most of it is in Hungarian but you can find some in English as well (my English improved a bit since:))

From time to time I also give lectures on some Hungarian Go events/camps.
I teach on KGS and OGS since 2010.

Discounts:
If you order a package of 5 lessons, you will get additional 1 lesson for free.

Individual lessons, highly recommended
I booked individual go-lessons with Péter Markó via Polgote.com. The booking of the lessons is easy, and Mateusz is very helpful with any questions I had. He provided advice on which form of lessons and which teacher might suit me best. The lessons are fun, and have already improved my game. I will definitely order some more.

Great website to progress in go
The website contains various options to improve in go, in particular group or private lessons. The affordable price convinced me to take some, and my teacher (Peter Marko) really helped me progressing in the game a lot ! I definitely don't regret it and plan to continue for a while. Mateusz is also really kind and checked several time if I was satisfied with everything. I would definitely recommend to take go lessons on the website.