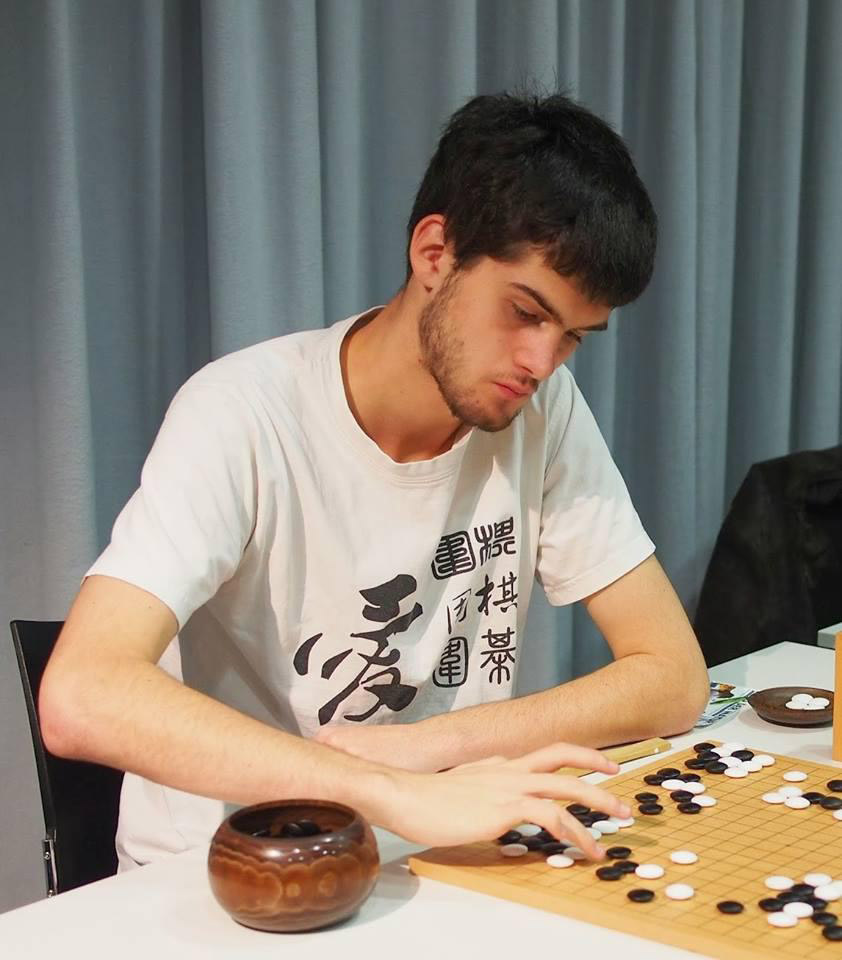 Career and achievements as a player:
My name is Lukas Podpera. With my current rank of 7-dan I'm the strongest player in Czechia. I was born on 4th February 1995 in Prague.

My dad taught me to play Go, when I was 7 years old. The game became the main part of my life very soon and I was improving very fast. When I was 12, I have already become a dan-player and participated in Czech Championship finals. Then my improvement slowed a little bit, but I started to improve again soon mainly thanks to Vladimir Danek and I finished on 6th place on World Youth Championship 2010. I realized at that time, that I would like become a professional player, so I started to train Go also in Asia. For example in 2012 and 2013 I stayed two times one month in Choong-Am Baduk Dojang in Seoul. In 2013 I became the Czech Champion for the first time and also was a member of the Czech Team, which won the European Team Championship. At the end of my youth career I won European Youth Championship twice in 2012 and 2014. In 2014 I was already very close to become an EGF professional player, but very unluckily lost the final game. However, since then I'm part of the European top players' community and Czech player no.1. Another good success was my 6th place on World Amateur Championship 2014.

I got an opportunity to join CEGO programme and was invited to Beijing to study in Ge Yuhong Weiqi Daochang, where I stayed from September 2014 to February 2015. Studying there gave me new inspirations and experiences in Go. The following year 2016 was a breakthrough one.  As the first Czech player ever I have achieved a rank of 7-dan. I participated in the European Grand Slam Tournament. And won a bronze medal on European Championship. This year I managed to improve this record by finish on 6th place on the Grand Slam tournament and winning a bronze medal on European Championship again. Moreover, I managed to defeat 3 EGF professionals on my way to this success. I'm still trying to become an EGF professional player myself, but once again unluckily lost the final game in the Pro Qualification.

Career and achievements as a trainer:
Since 2010 giving lectures in my home Go club Weiqi Club Prague and teaching kids in Prague elementary schools.
One of the main teachers on Czech Go Camps since 2014.
Since 2015 teaching and coaching the Czech Youth Team.
Since 2015 started an online teaching on KGS open to everyone.

Discounts:
10% discounts for each student of our Online Go School
If you order a package of 13,5h of lessons, you will get additional 1,5h for free.

Great learning experience
I've had a batch of four lessons with Lukas, one of the teachers, and it was overall a great experience. The process of coordinating a schedule with the teacher was seamless, and the lessons themselves were great. Lukas was really helpful, and he gave me very useful insight about my game. I'm looking forward to continuing the lessons.