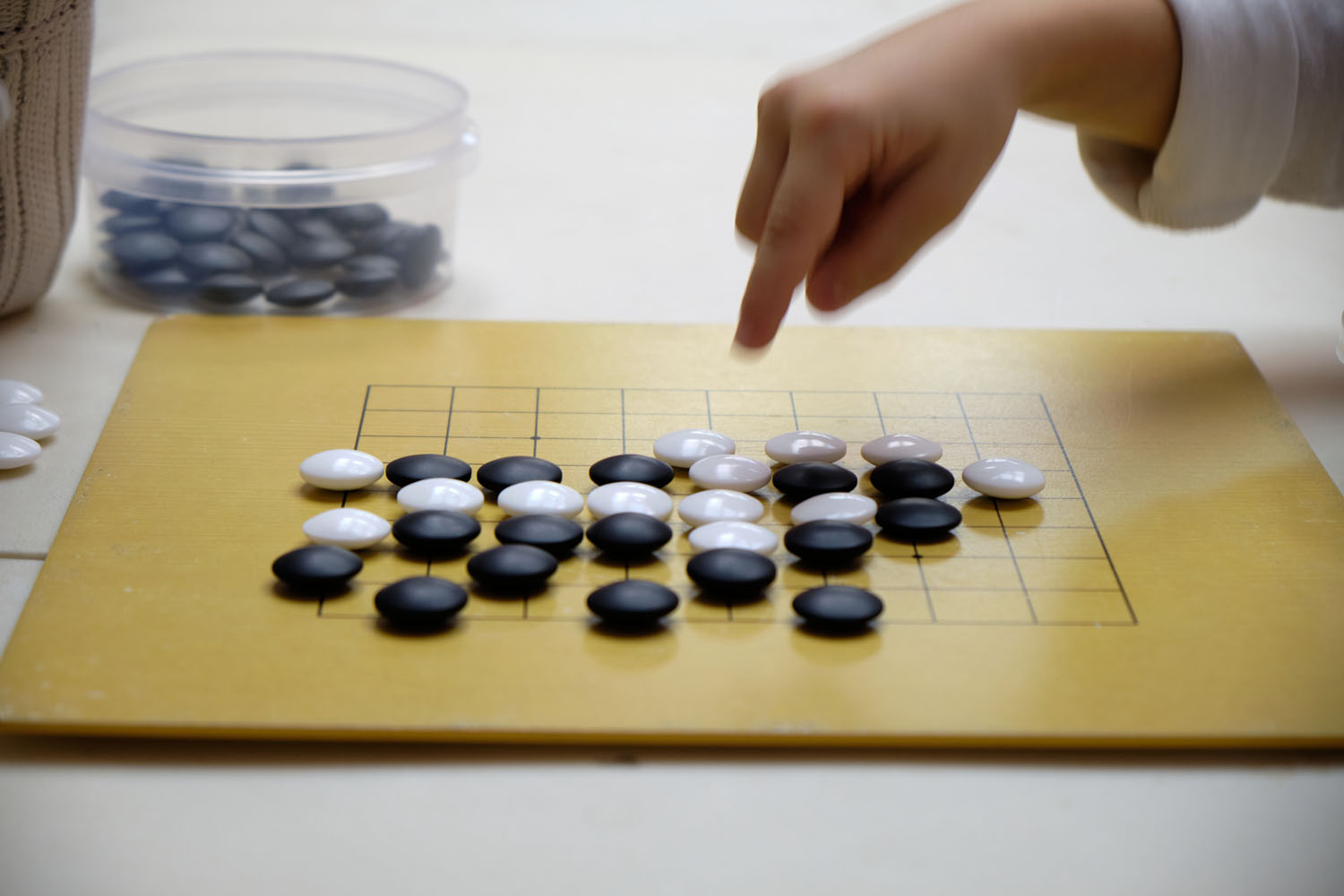 What makes board game Go special is that it has very simple rules and yet the game is deep and complex. To start to play Go you just need to know a few things – the concept of eyes is one of them.

Board game GO | The concept of „eyes”

When a player surrounded a part of the board, it might become their territory. However, the opponent can still put a stone in that area. If a player wants to protect their territory, they need to prove the invading stone can be captured. Here comes one of the most important questions in the board game Go: which stones can survive in opponent's area and which will get captured? To answer this question, we will need to learn the concept of "eyes". 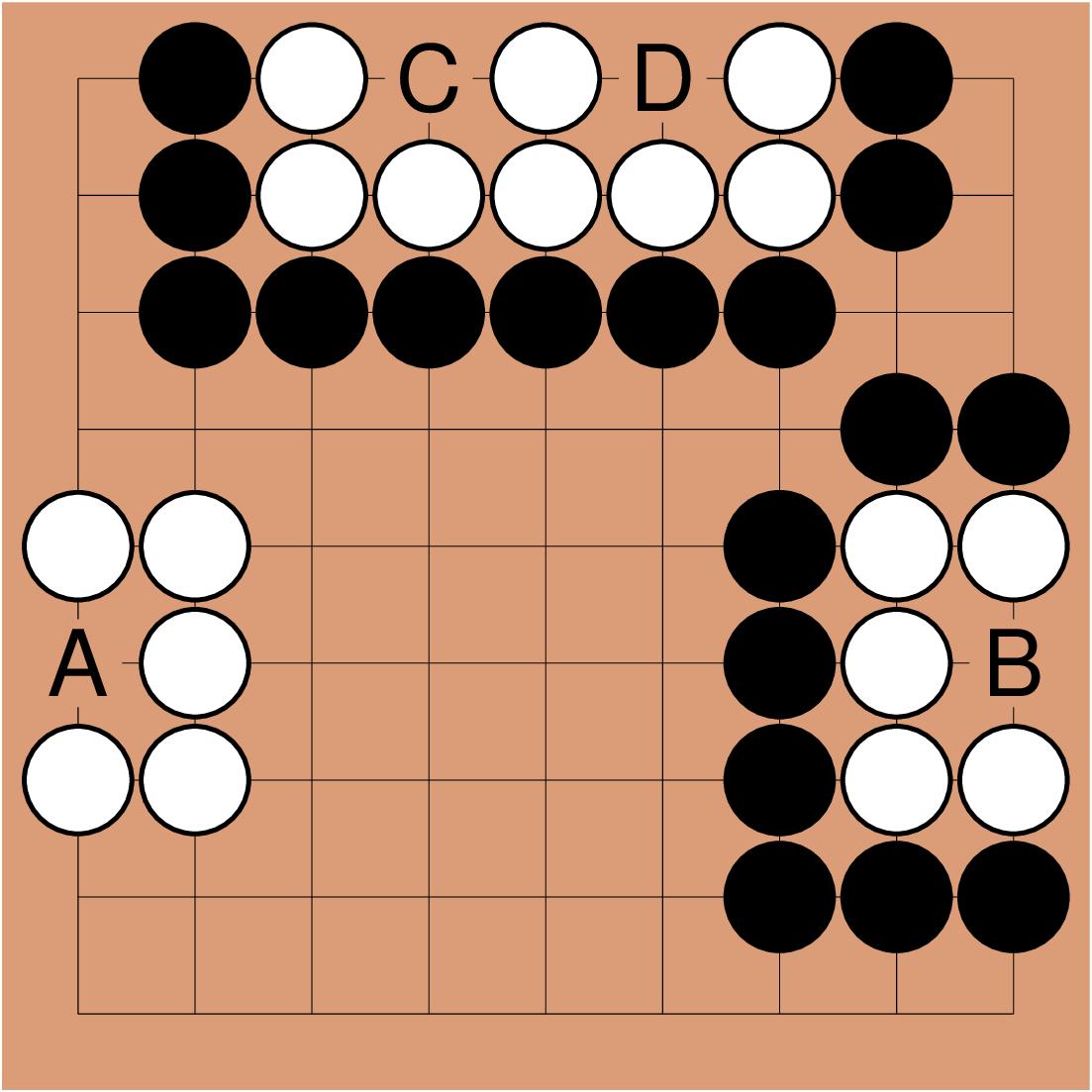 Now we know when a stone put inside opponent's area can survive. If a player manages to create two eyes, the group will live. Learning how to make two eyes is one of the most important parts of studying Go. In Go schools students solve so called "life & death problems" each day. If you go to a baduk academy in Korea or to a weiqi school in China, you will see that kids spend a lot of time on life & death problems between board game Go lessons. Further in the article we will see basic examples of such problems. We will also learn about a trap of so called "false eyes". 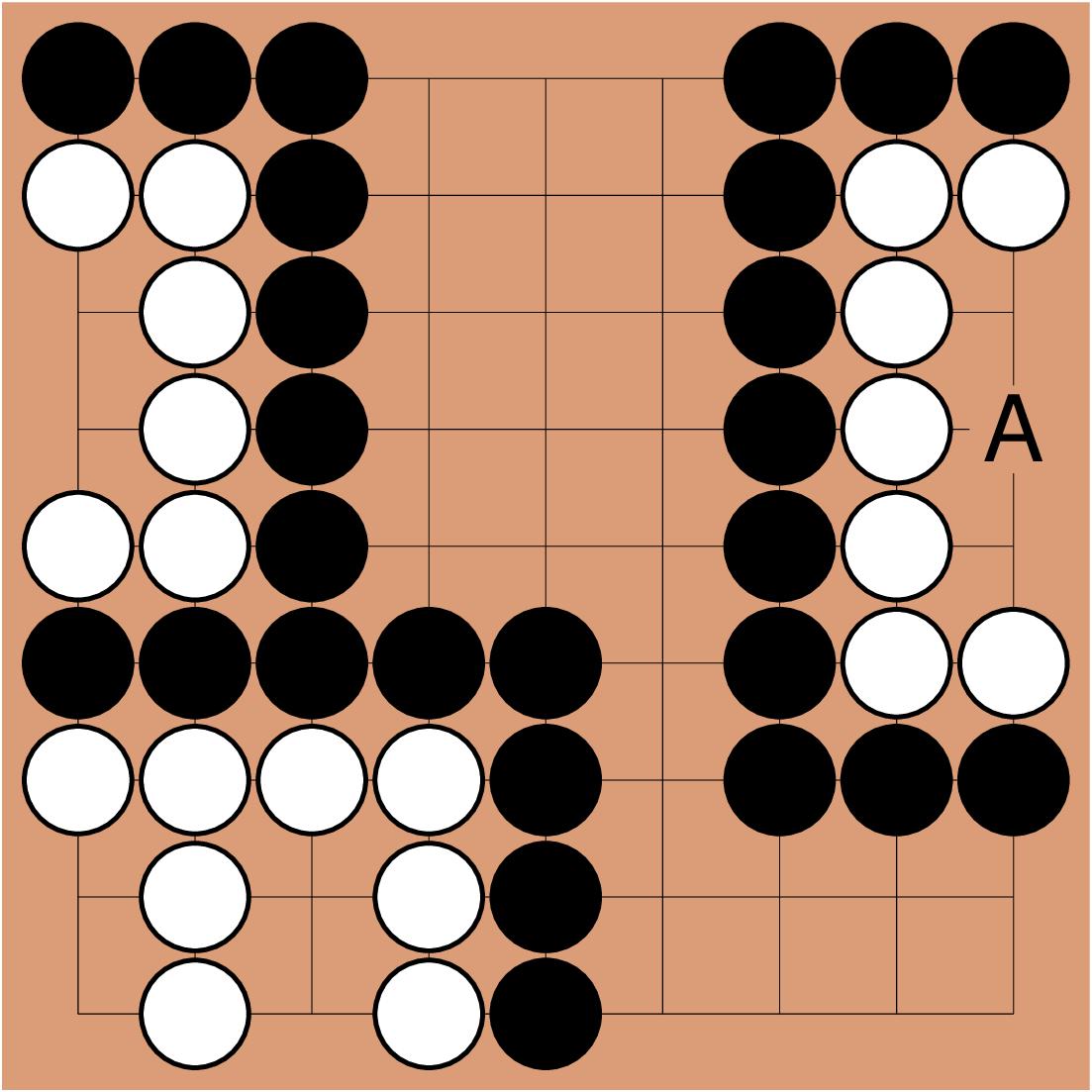 An eye can be bigger than just one intersection. For example, White's group on the left side on the diagram above has one eye. Because the group is surrounded, Black can take both of White's liberties and capture the whole group. White is dead. Let's now look at White's group on the bottom side. Black can play inside the eyes surrounded by White but they won't ever take away all of White's liberties. If Black tries to do it, soon they will realize their own stones wouldn't have any liberties. If the eye is big enough, a player can already hope that it can be split into two eyes. White's group on the right side has only one eye so far. However, if White plays at A, they will have two eyes and live.

As you know, board game Go combines strategy and tactics. You can read more on this topic in the article game of negotiations. The strategic aspects of the game can be learned while taking part in the Go lessons. A board game Go teacher can explain you how to create a plan for a whole game. However, a strategy cannot be powerful without a tactical strength. For example, if you want to decrease your opponent's area, you often face a choice: invasion or reduction. To make a good decision you need to know if it is possible to make two eyes with your invading stone. If you want to boost your tactical skills, you should study Go by solving life & death problems. 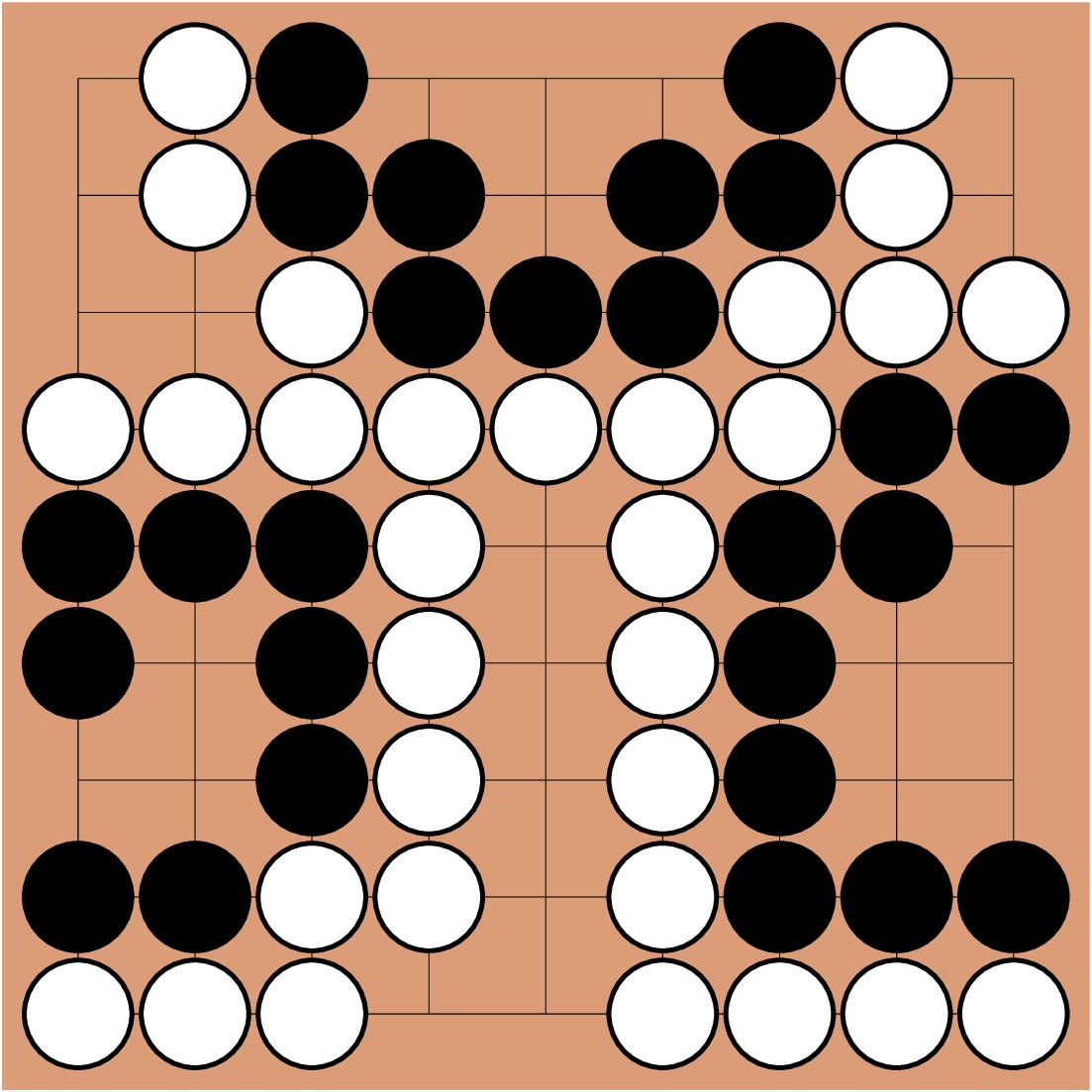 On the diagram above we can see basic life & death problems. Before continuing to read the article, the reader can try to think of these problems themself. That's a good way to study Go. Where should Black play to make sure their groups are alive? Black needs to make two eyes... or more. Of course a group with three eyes will live as well. 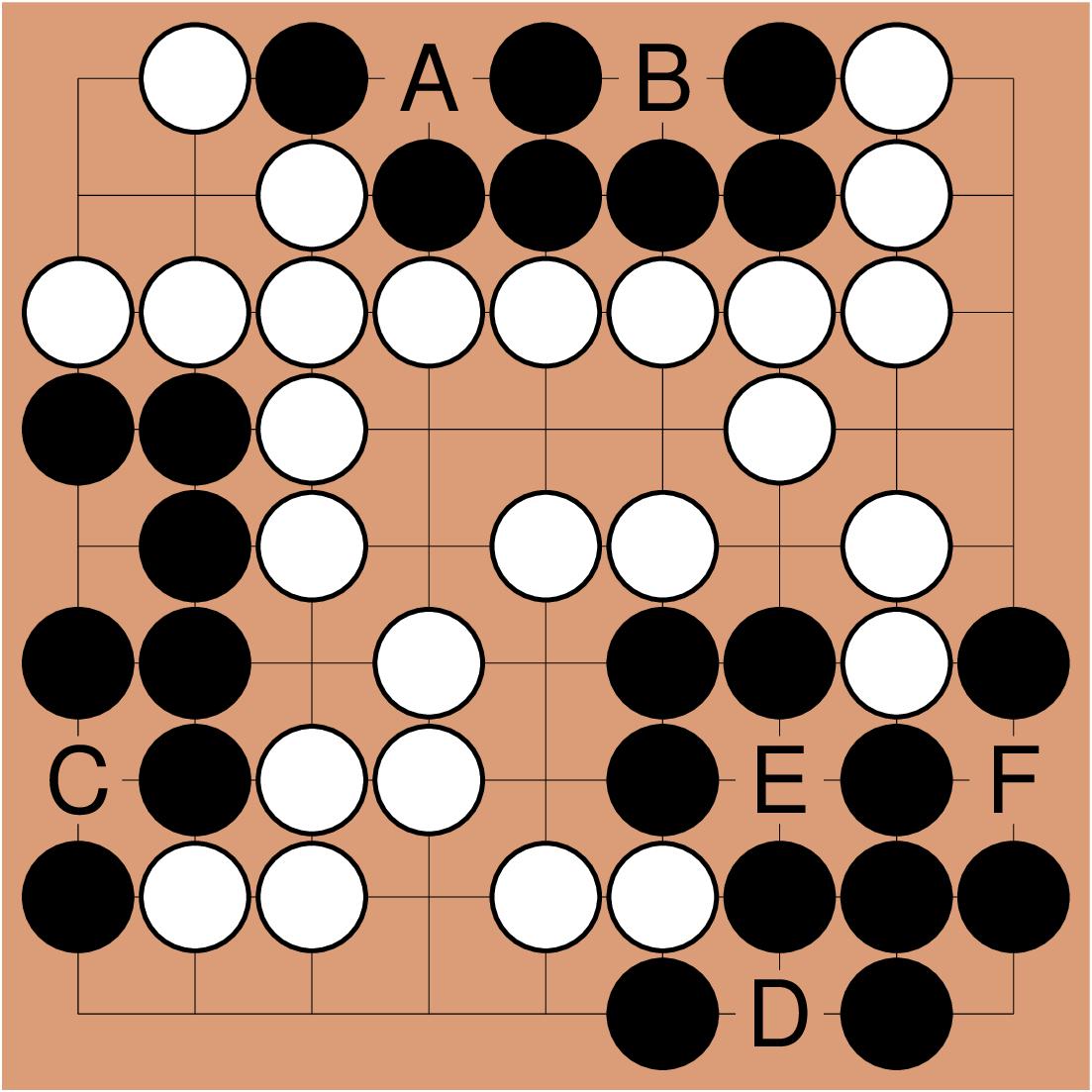 The black groups on the diagram above seem to be alive. However, let's take a closer look. White can put a stone at A because they will capture Black's stone. With the next move White will be able to play at B and capture the whole group of Black. Black's group is dead because it has only one real eye. The eye at B is false. Let's now look at a group on the left side. At the moment White cannot play at C. However, the eye is false anyway. The important thing is that the Black stones are not connected and in the future White will be able to play from the corner and eventually capture Black's stone by playing at C. The example in the bottom right corner is even more surprising. Black's group seems to have a lot of eyes but in fact D, E and F are all false eyes. Black has only one real eye, so the group is dead. 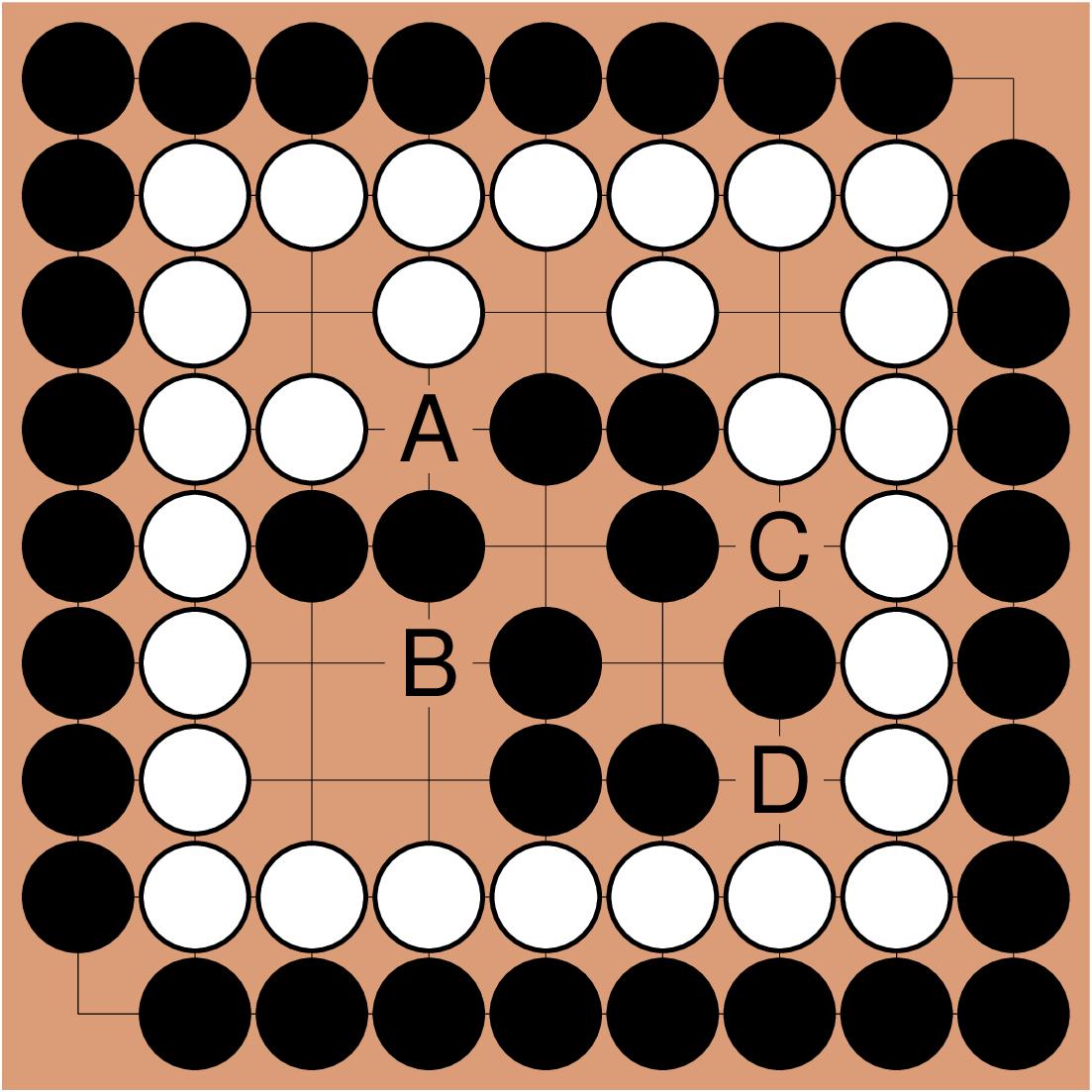 When you play Go, you need to beware of false eyes. It doesn't mean though that you always have to connect all your stones solidly. A task for the reader is to determine the status of the Black groups on the diagram above. Do they have two eyes? White might try to falsify eyes of the group in the center. However, when White plays at A, Black will answer at B. If White plays at C, Black will answer at D. Black will manage to connect their stones when it's needed. It means the group is alive and for now Black doesn't need any stones at A, B, C and D. However, Black needs to stay alert. If Black lets White play both at A and B, the eye will become false and Black will die.

The example of the group on the edges of the board is very interesting. Both of Black's eyes seem to be false. However, in fact White cannot take away any of them. Black lives because of being connected around the board. Such a situation is called a ”two-headed dragon” and it is very rare. Last time such a situation happened in a game of professional Go players was around one year ago and it attracted a lot of attention.

Learn to play Go on the 19x19 board!
Sign up for the Individual Online Go Lessons.
Learn to think globally!